Oracle Spatial and Graph provides a SQL schema (named by default "MDSYS", where "MD" stands for "Multi Dimensional") and functions that facilitate the storage, retrieval, update, and query of collections of spatial features in an Oracle database. Oracle Spatial consists of:

The spatial component of a spatial feature consists of the geometric representation of its shape in some coordinate space — referred to as its "geometry". 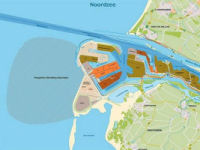